A 31-year-old G2P1 presented to our office at 28 weeks, 5 days due to fetal cardiac enlargement.  Her 8-year-old son was monitored due to a “large heart” after delivery, but the finding resolved and he is doing well. During the pregnancy, serologic testing for Toxoplasmosis was negative. Additionally, the mother was infected with COVID at 10 weeks gestation without any complications.

Ultrasonographic examination at 20 weeks was reported to be normal without any cardiac anomalies. However, due to the family history of transient cardiac enlargement in her first child, the patient was sent to the National Institute for Cardiovascular Diseases in the Slovak Republic at 25 weeks gestation where fetal cardiomegaly and possible ventricular septal defect were found.

At 28 weeks, 5 days the patient visited our office, and our examination revealed following findings:

We present a case of dissecting aneurysm of the interventricular septum.

The baby was born at 34 weeks, 6 days by cesarean section due to polyhydramnios and worsening flow parameters in the umbilical arteries and middle cerebral artery. While there was suspicion of fetal anemia, this was not confirmed after delivery. A female infant (birth weight 2390g, length 45 cm, Apgar 4/7) was born hypotonic, apneic, bradycardic, and required nasal continuous positive airway pressure ventilation.  The baby was admitted to the cardiac neonatal intensive care unit due to cardiomegaly and hemodynamic decompensation.

Postnatal sonography revealed dilated cardiomyopathy with abnormal septum and defective septal myocardium. The septum was not contracting and bulged to both the right and left sides during the cardiac cycle, with predominant compression of the left ventricle. ECG showed first degree atrioventricular block, and right bundle branch block.

A couple of days later, the echocardiographic appearance of the heart had changed, and was described as concentric hypertrophic cardiomyopathy affecting both ventricles without left outflow tract obstruction. There was systolic dysfunction of the right ventricle and mild systolic dysfunction of the left ventricle (Image 1). Metabolic tests were normal. A genetic study evaluating 128 genes relevant to cardiomyopathies did not find any anomalies.

Ten months later, ultrasonographic examinations showed normal function of both ventricles (Image 2). At the time of this publication, the baby is 14 months old and is doing well. The cardiac finding has improved, and the heart has nearly a normal appearance.

The ultrasound findings are demonstrated in the following images, videos and figures.

Images 3-5 and Video 1, 2 show a four-chamber view of the heart. The heart is enlarged with dilated ventricles, predominantly affecting the right side. The interventricular septum (IVS) of the heart has an abnormal appearance with a central cavity and separation of the left and right walls. A defect can be seen in the right wall close to the apex. During the cardiac cycle, blood flows in and out of the abnormal interventricular septal cavity through the defect in the right wall (depicted by white curved arrows in Images 3-5). Blood flowing into the septum dissects its walls, and the left wall of the septum bulges into the left ventricle, obstructing the outflow tract. These structural changes are responsible for worsening cardiac function with diminished ejection fraction and dilated cardiomyopathy.

Congenital aneurysms of the muscular intraventricular septum are extremely rare. There have been 22 cases reported in the literature (Table 1) [11,13,15-29], 10 of which were diagnosed prenatally. Approximately 75% (16) of cases had associated cardiac anomalies, most commonly ventricular septal defect (7) located either in the perimembranous septum or in the aneurysm, atrial septal defect (5), and right heart lesions (5) such as pulmonary atresia with tricuspid valve stenosis and right ventricular aneurysm. Patients rarely presented with extracardiac anomalies. While 55% (12) of patients were asymptomatic, rhythm disturbances such as first-degree atrioventricular block, right bundle branch block, and Wolf-Parkinson-White occurred in 18% (4), and symptoms of congestive heart failure occurred in another 18% (4). Seven cases were treated surgically, though only 3 cases required plication or resection of the aneurysm, and the remainder underwent surgical treatment of concomitant cardiac structural defects. Survival was approximately 90% with one termination of pregnancy and one death. Follow up extended anywhere between 3 months and 12 years.

In patients with congenital muscular interventricular septal defect, there have been several familial cases, suggesting an autosomal dominant inheritance with variable expressivity [11,27,28]. Of the 22 cases reported in the literature, 32% (7) mentioned a family history of heart disease. Development of a muscular interventricular septal defect may be a result of a genetic mutation in mesenchymal cell migration from the atrioventricular and conotruncal regions to the cephalic portion of the developing interventricular septum [11,12]. Alternatively, a muscular septal aneurysm may be a result of ischemia or embolism [22]. In our literature review, 13 cases documented the coronary artery anatomy, 9 of which were normal, 3 showed right ventricular sinusoids associated with pulmonary atresia, and one showed abnormal circumflex artery distribution.

While adult and adolescent patients with interventricular septal dissection may have significant anatomic and hemodynamic derangements leading to arrhythmias or congestive heart failure and necessitating surgery [30, 31, 33-37], there is no data to understand the natural history in fetal and neonatal life. Aneurysms of the membranous portion of the ventricular septum can be associated with complications such as cerebral infarction secondary to embolism [39], and right ventricular outflow obstruction [40]. In our literature review, muscular aneurysms can lead to conduction abnormalities [15, 17, 22, 24], and congestive heart failure [18, 23, 25, 28], though several cases documented improvement of the interventricular septal findings on serial echocardiography likely due to ventricular remodeling [22, 24, 29]. This was the case in our patient with a favorable outcome of the pregnancy and delivery, and gradual improvement of the cardiac findings. Due to lack of data, counselling patients can be a challenge, though lack of cardiac failure, such as fetal hydrops, or pericardial effusion could be a favorable predictive sign. 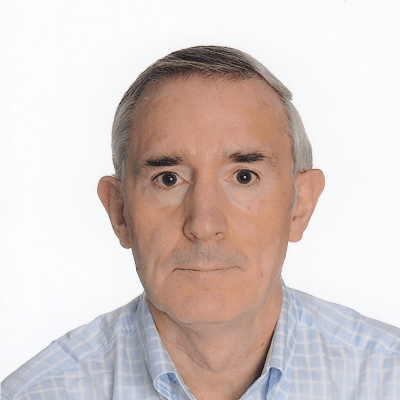 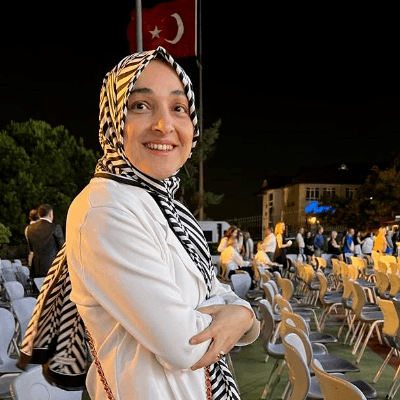 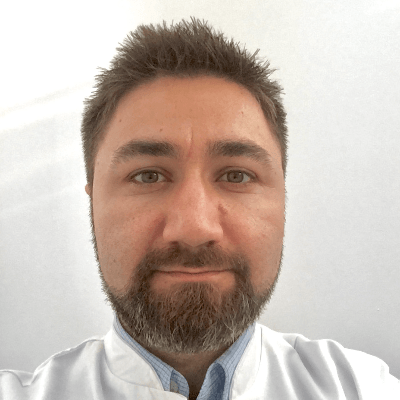