18-year-old primigravida, presented without significant medical or family history. The pregnancy was not a result of consanguineous marriage and prenatal screening for Down syndrome was normal. First and second trimester ultrasound examinations were both normal. Third trimester ultrasound at 32 weeks gestation showed an intracranial unilateral left ventricular dilation of 14mm. Fetal growth, cord doppler and amniotic fluid were normal. There was no other obvious extracranial or intracranial anomalies on ultrasound.

We therefore performed a fetal brain MRI at 32 weeks gestation.

We performed again a fetal brain MRI at 35WG.

Fetal MRI incidentally found additional anomalies at 32 weeks gestation including:
-Images 4,5,6:  Hypoplasia of the Pons. Pons biometry was <3rd percentile according to C. Garel biometry. Vermian height and anteroposterior diameters were at the 3rd percentile.
-Image 7: asymmetric and unusual appearance of the pons in axial view.
-Image 8 and 9: distorted anterior interhemispheric fissure. Supratentorial brain biometry was normal. Gyration looked appropriate for 32 weeks gestation.
-Other cerebral structures such as the corpus callosum, optic chiasm, olfactive bulbs were normal (not shown)
-Cerebellum biometry and morphology were normal (not shown).
-Pericerebral spaces were normal and not enlarged.
-No evidence for a clastic event, including on T1w and T2*w sequences (not shown)

We therefore suspected a fetal neurological disease with hypoplasia of the pons. We hypothesized that this was non-syndromic given that only brain anomalies were detected, and no other extra-neurologic anomalies were found on ultrasound. Although these fetal MRI features were non-specific, considered separately, their association (Pons hypoplasia + Pons asymmetric appearance on axial view + distorted interhemispheric fissure) was suggestive of a Tubulinopathy as described by Cabet et al [1].

Our prenatal diagnosis was therefore a Tubulinopathy, and as possible differential diagnoses other diseases involving Pons hypoplasia.

We performed an amniocentesis to rule out chromosomal anomaly (though unlikely as this did not appear to be a syndromic condition), and Cytomegalovirus (CMV) infection. Karyotype was normal, and PCR for CMV in the amniotic fluid was negative. There is no Zika virus on Reunion Island and the patient did not travel overseas. There was neither ultrasound nor doppler evidence for an infectious condition.

We repeated a fetal MRI at 35 weeks gestation, which showed the same findings, including Pons hypoplasia (image 10), Pons asymmetric appearance on axial view (image 11), distorted interhemispheric fissure (image 13), and unilateral left dilation (image12). Pons and vermis biometry remained at the <3rd percentile, while supratentorial brain biometry was normal. Gyration seemed normal, though there was suspicion for polymicrogyria in the inner temporal left lobe on image 14.

Prenatal counselling predicted a poor prognosis due to the pons hypoplasia and suspicion of tubulinopathy. The parents chose termination of pregnancy, and consented to additional pathologic and genetic investigations.

Fetal pathologic examination confirmed the MRI findings and found additional anomalies not initially identified by the MRI; both macroscopically and microscopically (Images 1-10 below). Macroscopic examination confirmed the asymmetric pons with left predominance and distortion of the anterior part of the interhemispheric fissure. Additionally, there was an unusual left cingulate sulcus unseen by the prenatal MRI. Microscopic examination of the pons found a paucity of neurons on the right side, and anarchic disorganized fiber tracts on the left side, hence the asymmetric appearance on imaging. It also found absence of red nucleus on the left side (?) compared to the right side, bilateral hypoplasia of the pyramidal tracts, and a few nodular supratentorial grey matter heterotopia not originally seen on the MRI. These findings were consistent with a Tubulinopathy.

After the pathological examination, a gene panel sequencing was performed, targeted at genes involved in tubulinopathies. In the TUBB3 gene, we found a heterozygotic variant of unknown significance ( c.156C>G (p.Asn52Lys) in the exon 2) but most likely pathogenic due to the abnormal brain findings. This variant was not found in the parents genome, and was therefore de novo.

Tubulins are proteins composed of α and  β-tubulin monomers, resulting in blocks of microtubules. Microtubules are part of the cytoskeleton and are involved in brain embryogenesis through their role in mitosis, intracellular transport, cell migration and neuron morphology. Mutations in the genes of tubulins TUBA1A, TUBB2A, TUBB2B, TUBB3, TUBB (TUBB5), or TUBG1 can affect microtubules stability, thus disrupt neuronal division and migration, leading to brain malformations. Most pathological mutations are de novo [2].  The spectrum of tubulinopathies consists of non-syndromic cerebral malformations characterized by the association of cortical dysplasia and pontocerebellar hypoplasia, manifesting with global developmental delay, mild to severe intellectual disability, axial hypotonia, strabismus, nystagmus and occasionally, seizures and optic nerve hypoplasia [2].

Tubulins are proteins composed of α and  β-tubulin monomers, resulting in blocks of microtubules. Microtubules are part of the cytoskeleton and are involved in brain embryogenesis through their role in mitosis, intracellular transport, cell migration and neuron morphology. Mutations in the genes of tubulins TUBA1A, TUBB2A, TUBB2B, TUBB3, TUBB (TUBB5), or TUBG1 can affect microtubule stability, thus disrupt neuronal division and migration, leading to brain malformations. Most pathologic mutations are de novo [2].  The spectrum of tubulinopathies consists of non-syndromic cerebral malformations characterized by the association of cortical dysplasia and pontocerebellar hypoplasia, manifesting with global developmental delay, mild to severe intellectual disability, axial hypotonia, strabismus, nystagmus and occasionally, seizures and optic nerve hypoplasia [2].

Postnatal MRI of the brain reveals variable malformations, including frontally predominant microgyria, gyral disorganization and simplification, dysmorphic and hypertrophic basal ganglia, cerebellar vermis dysplasia, brainstem/corpus callosum hypoplasia, and/or olfactory bulbs agenesis. Some authors try to delineate genotype-phenotype correlation depending on the tubulin gene involved [2,3], although there are overlapping features and variability in severity of the spectrum. Among this wide range of possible brain anomalies, fused basal ganglia is considered by many as the most specific imaging sign suggestive of tubulinopathies [3], a "hallmark" found in roughly 75% of tubulinopathy cases. However, this sign is not visible on prenatal MRI due to its lack of resolution, and not visible on prenatal ultrasound due to its inability to differentiate basal ganglia from white matter. Currently, it is only assessed on postnatal MRI. More recently Arrigoni et al. described another finding to be highly suggestive of tubulinopathy: asymmetric dysgenesis of the brainstem [4]. Prenatal ultrasound alone cannot reliably assess brainstem anomalies due to its anatomical location, while MRI can. Asymmetric appearance of the brainstem can also be found in isolated clastic events, which may sometimes be confusing. In the setting of prenatal diagnosis, the first step in raising the possibility of a tubulinopathy is to perform a fetal brain MRI. Cabet et al reported prenatal imaging features of the brain associated with tubulinopathies [1]. In five affected individuals from unrelated families with de novo heterozygous variants in tubulin genes (TUBA1A, TUBB2B, or TUBB3), they identified two distinct prenatal imaging patterns:
Our case of TUBB3-related Tubulinopathy (OMIM #614039) [5,6] relates to the milder form, although it did not feature a corpus callosum anomaly nor a lack of Sylvian operculation.
Other possible non-tubulin related diseases involving brainstem anomalies visible on prenatal MRI include a wide range of possible conditions including:
To add complexity to the physiopathology, TUBB3 mutations can also lead to a completely distinct phenotype called Congenital Fibrosis of Extraocular muscles 3A [6].
There is no curative treatment for tubulinopathies. Management is supportive and tailored to the severity of symptoms and disabilities. Individuals with severe symptoms may die at a young age as a result of complications, such as seizures or pneumonia [2].

I especially want to thank Dr Catherine Garel and Pr Laurent Guibaud for their speech on fetal brainstem pathologies at the fetal medicine congress in Montpellier in November 2019. Without their presentation, I honestly would not have thought about a tubulinopathy at this early prenatal stage. They particularly reported cases of tubulinopathies with prenatal MRI that had striking similar findings. I also thank them for their kind advice to our team on this peculiar case.
Thanks also to Dr Khung Savatovsky for keeping in touch with great pathology images. - Fabien Ho 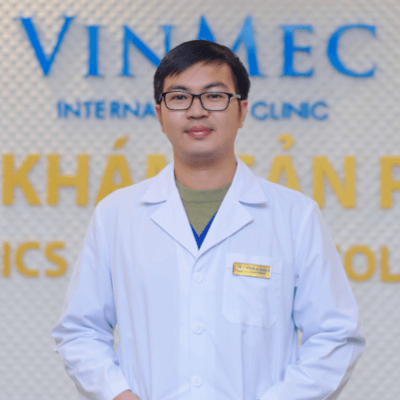